The best way to get a computer, a gig, and pretty much anything you want etc…

This week’s lesson in life and anime. If you need something, there’s always blackmail.
Ingredients needed:

. A bijin (beauty)
. Preferably male targets
and…
. a total utter lack of compassion or sense of guilt
. oh…and a camera

Much as the cute geek boy in the Anime didn’t deserve THAT, I’ve just of course realised that I can pretty much execute this on many deserving booking agents who consequentially happen to be male. And of course, I’ve also realised that many of my she-minions… are rather fetching creatures. Any volunteers? (Beautiful cross-dressers are also welcomed…even more so actually) You have, after all asked me to perform in your neck of the woods.

Now where is my camera?

Yes booking people, if you are reading this, consider this a warning…. quit dicking around with me. I will make you offers you cannot ..ahem…refuse

As you can guess, there are some pretty horrifying booking tales I can offer to the table today, but eh…I’m off to write more murderous songs to cull my anger. It is a much preferred mode of activity this morning.

How to summon spiders ( a pictorial illustration)

I’ve been hearing all too many requests to play in your neck of the woods dear minions. It makes me happy, very happy, but it also makes me feel like a dancing chicken with a discarded neck. 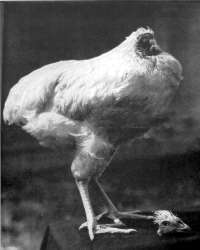 Here’s an illustrated answer as to why, and how you can help us get to play where you are , muses and all.

Thing is…alot of this happens when I try and book a show….

It peeves me a little, this geographical thing. So near yet so far…All of you minions combined in the interweb number in the thousands, but at in any localised situation, well, the dismal numbers are surreptiously listed in the comic of sorts above.

But I guess what I think I may have come up with a way to solve the â€œHow many can your gig bring ?â€ problem and how I can definitely come to your neck of the woods if not to catch up, at least to bite off your neck for the incessant gig requests and the resulting headaches.

No worries though, my minions, I think I might have solved the problem. With this

Go here. It’s an events demand place. Use it to summon me. Steps are as follows :

1) Go to this link
2) Scroll to the bottom to see if a demand for the city you live in has already been created
3) If not, create it, else add to the existing demand.
4) When you tell your friends about your royal madness, and they are excited about the music, hypnotise/scare/bewitch them into joining in the demand in your area
5) If you have an online altar, go

Iâ€™d be waiting for you to summon me minionsâ€¦.

Till then, I shall be entertaining you from spidey’s lair and keeping an eye and a ear out to your summoning….

Coming up: Gigs in Singapore, Sydney, random tales and moreâ€¦.

PS: Apologies to the booking agents who have booked many of my previous shows. Thanks for hearing me out and letting me play.

Your Royal madness is back.

Long Absence. My new year has begun. You see, the Chinese draw their calendars by the moon.

The moon has just recently decided to finish up the year. So Happy New Year. Join me in my howls of joy at the moon.

I know u will bug me about what I’ve been up to the last couple of weeks I’ve gone…well…missing so here it is. As u can see Singapore has been an out of body experience for your royal madness.

Here’s a short report of it anyways.

Subject set up alternate nest which she calls a “studio” upon arrival in Singapore. “Much to do” she declares. However, this was closely followed by interruptions from family and strange looking acquaintances who are intrigued or just curious about the resident musician.

1) fiddle with the musical equipment in the subject’s nest,
2) sing boisterously, to subject’s dismay,mostly out of tune,
3) Lick the mic
4) ask the subject about the joys of the music industry, and of course,
5) ask why she refuses to sign up to Australian Idol/ Singapore Idol for the matter.

Upon repeated interruptions and questions of identical or similar variety, the subject was observed to have given up any attempt to consort with her muses or engage in minion talk.

Unable to cope with a music-less existence, Subject was last seen spending an hour per day learning how to play the Tabla from musical gurus to stave off her madness.

Subject has been returned to Australia. Observed to have spent the last 3 days rather frantically answering unanswered emails and finally cutting up some home filmed gigs that she promised said minions eons ago.

Subject also has gig confirmed in Perth, Australia. And some news for long lost minions, which she will announce personally shortly.

ps: no footage of tabla playing available from subject yet who simply refuses to be filmed as a beginner. As a reference, here’s some real tabla playing while subject practices some basic moves. (It’s a lot harder than it looks)