Of travels, film stuff and picking up old work

I’ve been busy working on film stuff, but Twisted Tales has once again has become my focus….that and the film stuff.

It’s great returning to finally finish up these pieces. It’s been awhile, but I know that going away to learn what I could then coming back to finish up TT has been good for me.

My general thoughts on opening the musty crypt of half processed songs has been…ok what WAS I doing here? Why was this instrumentpart written like that? And that doesn’t even make sense.

But I’m reading these revelations as good things on the tea leaves, I have learnt much in the past year and hear things really differently. As of now, I’m aiming to finish the album this year for a mix and release next year. When I finally do it will be something I’m proud of for sure. It’s taught me heaps. I wish I did somethings earlier but now rather than later. So again…thanks for sticking by spiderlings.

I’ll post up some short drafts at the next update. Till then, I’m off to beautiful Slovenia doing some film things for the week :).

This year seems to have evaporated faster than alcohol in Octoberfest.

One of the strangeness of working as a film composer is the discovery that I can’t really talk about what I’m working on until they are well and truly underway. So I’ve been busy, but I can’t yet show what I’ve been working on.

Two of my projects are at the pitching stage. This is nail-biting stuff, and I’m waiting hopefully for a go ahead after doing a whole bunch of research, writing, music and sound design for it. (Yes I will have composer and co-writer credits if this goes ahead).

I wish I could say more… but I swore a blood oath, and I fear the oath monkey’s wrath. Wish me luck, if it all comes through, me gag order will be lifted and I can spill.

Some films I have done last year are now making their rounds at Festivals. This makes me one excited bean. 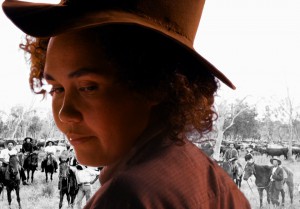 Drover’s Boy which made it into the 2015 Sydney Film Festival!

Well done to the very talented cast and crew.

Tickets available here for those who want to see this

L E G A C Y– where I co-composed and did additional sound effects for, makes its way into Sci-fi London Film Fest 2015. 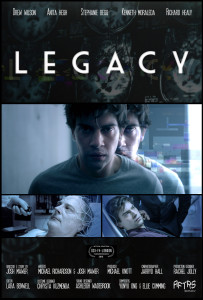 Huge Congrats to the rest of the very awesome possum crew and cast.

I have trips to look forward to in the next couple of weeks. Slovenia comes first. Isola Film Festival will be showcasing the music for the films I worked on at AFTRS so I’m plenty stoked. I’ll get to show these films here in due time, I think, just not while they are making the festival rounds. I’m really looking forward to meeting the friendly festival organisers in Slovenia and taking in the beautiful sights. There are perks to almost winning the European Union Film award (got shortlisted) and having very friendly festival organisers Tanja Hladnik make contact anyway and want to showcase the music. Special shout out to First Councillor Jana Grilc for making the contacts and sending so much info my way re: Slovenia.