It took a long long while to make…I haz stories to tell. But first FIRST!! the video clip.

This is the third installment of Twisted Tales Butterflies. The tale is based on an old chinese fairytale the Butterfly Lovers It is a rather sad tale of star crossed lovers who only got together in the afterlife.

Directed by the very wonderful Tahnee McGuire from Hatch Films.

How’s tricks? I’m happy to announce that the next single Butterflies has been made part of a hidden track for the awesome Kylie Chan and Queenie Chan’s book Small Shen (available via a QR tag at the back of book.) 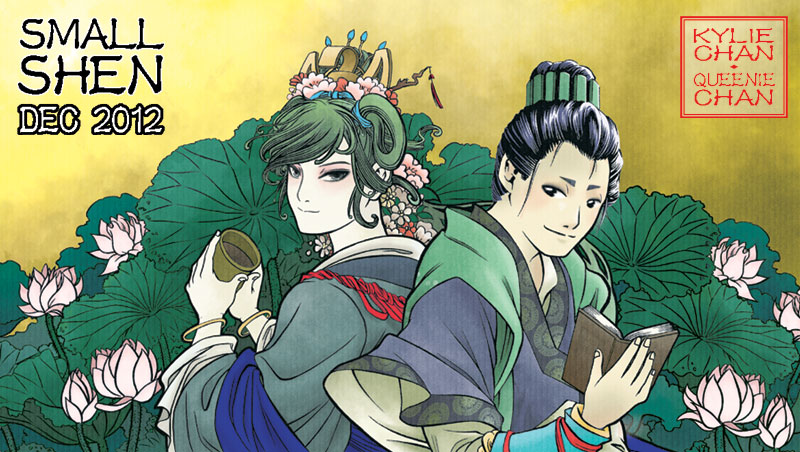 Small Shen, the prequel to Kylie Chan’s best-selling “White Tiger” Chinese fantasy series. For those who haven’t heard trilogy introduces Emma Donahoe, who takes a job as nanny to the daughter of a wealthy businessman. Unaware at first that he is in reality a Chinese god, she is drawn into a world of martial arts and magic where gods and demons walk the streets.

Small Shen will be released through Harper Collins and will be available in all good book stores. More here

Read a preview and enjoy some of Queenie’s art here
http://www.queeniechan.com/2011/11/17/ small-shen-some-art/

Butterflies is a musical track about star-crossed lovers and part of the album Twisted Tales.It is also based on a Chinese tale Butterfly Lovers. You can read all about it Here