Scheherazade – Fighting to keep the stories lost to dementia

Just returned from Singapore from family and world and all broadcast is just about re-assembled. (more about that in another post) Has it been another month already? Sometimes I feel like goblins are stealing time with a timey wimey device.

Scheherazade was a beautiful woman married off to a king. Now the king had a horrible habit of killing off a wife every night. The rationale for this was that the woman would remain faithful to him and wouldn’t have time to cheat on him . Talk about insecurities.

For all intents and purposes, Scheherazade is probably the founder of network TV’s series format as we know it. (1001 Arabian Nights was probably 40 Seasons and 6 movies.)

Long story short, the king falls in love with Scheherazade after a long 1001 nights as he realises that he has met his equal. That’s just probably his perspective.   This is the behaviour of an insecure baboon.

Scheherazade will spend the rest of her life sleeping with her almost murderer and outwitting said baboon at probably everything else.

My Scheherazade is actually me imagining a race of storytellers who manage to live forever because people remember their stories. They never die because they are never forgotten.

This twist… unlike a lot of other twists is a personal one. My Scheherazade reference is my maternal Grandmother (Ah Ma or Nan to some of you.) , who had passed many years before. I wrote it when she got sick with dementia and passed on, so consider this a very belated eulogy.

Ah Ma was a woman of many talents and one of which was storytelling. I think I fell in love with storytelling and the arts through her. According to mum, Ah Ma came up with my name.

Which pretty much dooms me to music or the arts. Yun（韻） means Music/ Rhythm. Yu (毓）is an old Chinese character which loosely means  “Mother of” or in  some context “Maker of beauty”. As you can guess, it’s hard to translate these things. (see footnote)

— hey, magnificent titles forcibly given at birth take awhile for me to grow into.  🙂

I loved my horror even as a child, and Ah Ma had a knack of putting freeze sticks through your spines, even in the eternal summers of Singapore. She had a particular gift of making my brothers and me say “Stop it Ah Ma! I’m not going to be able to sleep from this.” (阿嬷不要讲了，我今晚不用睡了啦！！）

I can tell you that this is quite the achievement because I became quite the jaded horror fan at a very young age. My parents never censored the media for me and I was babysat with old classics like “The Exorcist” and “The Shining” and that’s just the English movies. There’s the creepy old Malay Pontianak classics, or the thick compendium of movies adapted from Liao Zhai (Chinese horror anthology)

Sometimes Ah Ma would tell stories about the Japanese in World War 2， about the cruelty of the Japanese invaders to the Chinese nationals at that time, that was hard for her to speak of but she did at times and those were tales of true horror. Then she’d tell about her life playing semi pro in basketball teams. As I said, she was pretty formidable. She was a teacher, a linguist and a lyre bird for accents. She spoke and wrote functional English (quite rare for her time, unless you were Peranakan), a wide variety of Chinese dialects, then Malay. I remember my aunts telling me that her accents for each of these was pretty spot on, so they always thought she was one of them — so she was local wherever she went.

I think she collected many stories this way and she shared many tales of heros and heroines that continue to define my identity this day.

Ah Ma managed Grandad’s business, did the accounts, looked after the kids ( later gran kids) cooked the annual corporate dinners from home (which sometimes meant managing no less than an assortment of 40-60+ dishes and feeding up to just under 100 grown men at once — all from her kitchen and without formal training as a cook or a restaurant manager.

Sometimes I think if Ah Ma had been born in my parent’s time or after where opportunities were just a little more equal for women, and at a time where the economy more or less worked, she might have been quite the bad ass .

Above all,  I remembered her as the confidante and wonderful storyteller. She had a way of bringing you into the story worlds with nothing but the props of her voice. She was and will forever be, my Scheherazade.

Ah Ma suffered from dementia in her later years. It’s a cruel thing, for anyone to watch. For someone who was so self aware,  highly intellectual and defiantly independent I think her moments of lucidity were perhaps the most hard to bear for her and those who loved her. Most of all, I hated watching her lose bits of her memories and her stories. I hated that she had to wait so long for her end when there was no cure in sight.

In a sense, Scheherazade is a little bit of a personal fantasy epic.  In my fantasies every time I sing this song,  I could rescue her, just like her stories defined and rescued me. Ah Ma lives like the Scheherazades and she remembers everything again. That, maybe somewhere on other planes, she’s having adventures of her own and is well and whole. I’d like to think that because we remember her stories, she lives on, like we will, in stories.

So this is for the ones we love. Here’s to the storytellers. Past and present. Here’s to remembering the stories.

1. For those who do not speak any Chinese , Chinese is a pitch based and picture based language (yeah we still run on hieroglyphics) . So spelling my name with phonetics is actually data corruption at the highest level.

So please don’t go telling peeps that anything with Yun = Music. Because YUN as a phonetic pronounciation without pitch and the original Chinese wording it could mean clouds (云）, transport （运）, (faint)晕 etc, there are a myriad of characters spelled “Yun” , introduce similar levels of complicated monstrocities for “YU”  — and that’s just the mandarin pronunciation.

I won’t lead you down the labyrinth of what it sounds like in the Southern Chinese languages which results in my name having a different phonetic spelling, which have more pitches, because that’s a little bit confusing and cruel 😀  )

Also…can’t talk about Ah Ma and have the blog post in only English so here it is in my mother tongue.

Error 404 – This page/reality does not intend to exist.

So I did this awhile back. A silly little ditty to celebrate the fact that I SOMETIMES…can’t post links properly.

Or that you cannot type.

Error 404 — a celebration of Errors. Mine and/or yours.

You find it playing everytime you land on a dud link on my site.

So sometime this/last year I discovered I did like the idea of testing little musical possibilities in 45 minute bursts.

Enter the multi-genre, multi-lingual remixes of my error 404.  The self imposed rule means I have to write and record each song variant  in a 45 min block.

It’s a great way for me to flex my cross-genre muscles and break a single song format.

Is it a remix?

Is it a cover of my own stuff? Who knows?

My energies are best devoted to wondering about important things. Like…if blackholes like the taste of Goldfish…and when they come chomping I’ll know what to feed it.

I won’t tell you how many versions there are but every month I’ll feature a new version on here. (for all my/our entertainment). Also…bring a babelfish. It’s not all in English. I will tell you, however, that error 404s have been used as a means to collect monsters.

According to the current lyrics, 404 looks like the chicken and tastes like the kraken. I’ll leave you to figure out if all versions report the same 404. 🙂 After all, 404 has many monster faces…and occupy many realities. 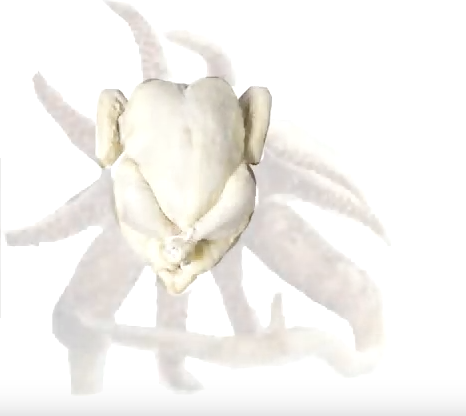 I’ll feature some 404s in a bit. Meanwhile, go to yunyu.com.au/thispagedoesnotexist and hit REFRESH.

404 has many musical faces.
I’m probably asking for it but break my website GENTLY and don’t bring on the apocalypse.

ps: in the event that you actually do…bring on the apocalypse. Feed it sushi….it most likely works