it’s been a whirlwind tour. Albeit, a little short.

My band and I have enjoyed playing for you and bending your  reality heaps. It was nice meeting all of you and getting to know you beyond the realm of internet handles.

We get to do it one last time..(for now) HERE. In Sydney.

Carriageworks here we come. 30th June. This Sat. Be there. 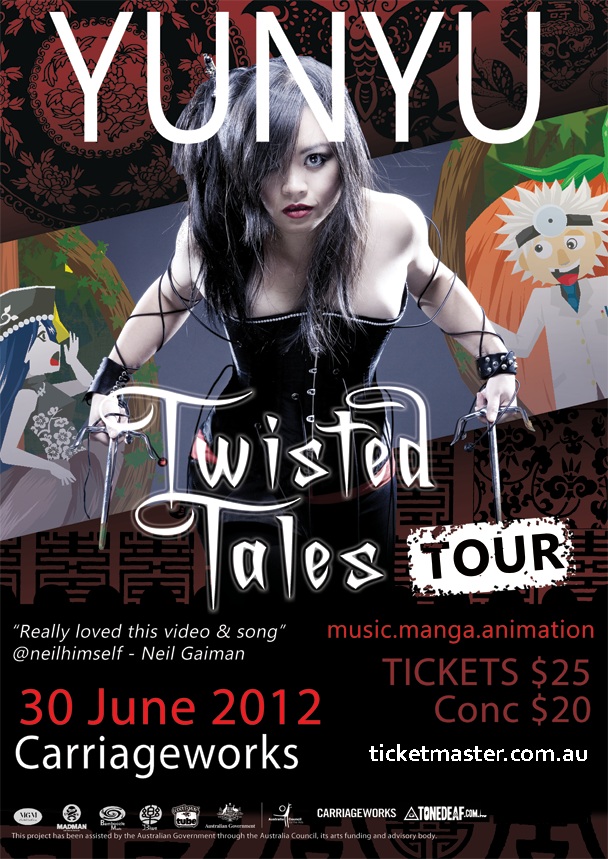 It is here. The 2nd episode of Twisted Tales. This time it’s Bluebeard (not the pirate). In my twist, Bluebeard is a pervert who uses religion to destroy women and children…in my twist, he doesn’t quite get away with it.

The voicings in Bluebeard are built on the …_ _ _ … morse code SOS signal. It features a rocking guitar solo by Michael Sheridan and multiple time signature changes. (I challenge you to figure it out – only because I still am) 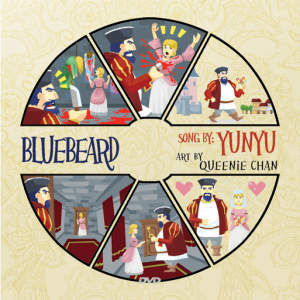 T’was a whirlwind first half of the tour and her Royal Madness, Yunyu has received some really kind reviews from the shows at Brisbane Powerhouse.

Melbourne and Sydney next up!! Love to see you peeps there!

With supports: – Amanaska and Aleeoop

This post was brought to you by Mr Goat, who is now performing with Her Royal Madness, Yunyu. He functions as a town-crier of sorts, but he doesn’t cry, he mostly bleats.