The stories in Dorothy

So I guess in the instance of Dorothy, I turned me into a space history nut.

This song, which started as a tale about missing people (you can probably tell this in the first verse) ended up being based loosely on a tale I read from a reader’s digest published 1965. It was reported that supposed “lost cosmonauts” were heard drifting in space calling for help and Russia vehemently denying it ever happened. The reader’s digest article can be found here.
http://www.aerospaceweb.org/question/conspiracy/q0235a.shtml

Here is a site dedicated to the lost cosmonauts.
www.lostcosmonauts.com
The site includes the clips I have procured from the site for the song Dorothy. One of them features supposed calls of distress from a female cosmonaut during re-entry (which I have used) . Of course, the space enthusiasts amongst you will ask how the hell communications can still continue  upon re-entry since the ionisation in the atmosphere upon reentry will cut communications anyways. So there, I have my doubts on the stories. Still, these are the makings of a scary fairy tale that come from an era buried in secrets, espionage and fear.

Also good to know that all info in the Soviet Space Program was declassified sometime ago – which lists the cosmonauts who never flew, who perished in training and those who flew. It turns out that a few of those Lost Cosmonauts were never in space. Some, like  Vladimir Illyushin , after supposedly floating about in space for a bit, got to retire as an Airforce General in 1999.

There you go, you must never trust the storyteller.

I’d ask you to read James Oberg’s article about the supposed missing astronauts. Rev up your search engines to look up various opinions about the lost cosmonauts.  Most articles debunk the rumours of the cosmonauts and have enough reason to do so. More importantly, I ask you to make up your own mind about these stories.I must admit that that is only the tip of the iceberg of what I had to read to feel up to writing it, but they give you an idea of what this all is.

My interest wasn’t to prove or disprove the validity of the lost cosmonauts conspiracies. That is after all, not my area of expertise. It did, however, get me thinking about people and non human beings, who have been sacrificed in the conquests for space, or even new technological frontiers . Those whose memory were, if only temporarily, hidden away in the intrigue of time and secrets in the era of the cold war.

I speak of course about Valentino Bondarenko.  He was a cosmonaut in training that died from horrific burns as a result of a pre-flight training accident in a pure oxygen pressurised environment. It took Russia 25 years to acknowledge his existence as well as the accident. The tragedy was that if this accident had been made known, it might have prevented the fatal fires in Apollo 1. 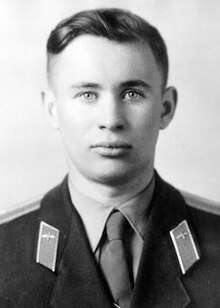 I have had the following other incidents in mind as I penned the song. Not all of them are lost, even in the world of secrecy and intrigue.
The publicly fatal flight of Soyuz 1 Komarov. Vladimir Komarov, the pilot was rumoured to have gone down cursing the engineers. Whatever the rumours were, it seemed that that there were indeed political pressures on the crew to fly an obviously unready craft riddled with problems in an attempt to beat the US to the space race.

Over yonder, USA claims further casualties in their pre-flight training who all died in the crash of the T-38 Aircraft.  Similarly, Russia loses their iconic Cosmonaut Yuri Gagarin in a space flight training procedure when he crashes the MiG-15.

It is important to remember that the space race wasn’t all about space. It has its origins in missile-based arms race post WW2 after German tech and personnel was captured by the then reigning superpowers Russia and USA. So it was no surprise that both countries were driving their space programs very hard and sometimes, due diligence went out the window and pioneering space crews got hurt or died.

Then of course, the non human sacrifices, most notable one being Laika. Laika was the first dog and the first living organism which was sent on a one way ticket to space. Space PR tells you Laika dies on Day 6 from oxygen depletion but was euthanised prior. Sources today will tell you that Laika was very likely cooked on Day 4, when the space cabin overheated. (Temp regulation wasn’t possible in program development timeline)

These are my Dorothies, where if you read the written version of wizard of oz wears silver shoes instead of ruby shoes in the Hollywood version. Silver heels, for some reason, make me think of the typical silver/white motifs worn by cosmonauts/astronauts.

So, here be my tribute to those who dared to brave the frontiers of science.

and here on itunes

PS: JFK – who opens for Dorothy. His speech can be found right here. Have a listen!