The dusty altar of spiders

Ahem * steps gingerly onto the dust invaded altar of spiders* . I’m back again.., after the distractions and the nest move amidst all the mayhem that is life.

Hope you are all well, dear minions. Much has happened on my end, as per the last post. After failing in an epic battle of sonics with the Von Trapp family that used to share spidey’s balcony, the spiders have promptly uprooted her 2 by 3 metre tardis of a studio and left her matchbox apartment to seek quieter ground. Oh I also forget to mention that the final clincher was when the landlord wanted to remove spidey’s alien repelling aluminium foil on her studio windows. This let too much sunlight in and rendered all of spidey’s muses unconscious or foaming at the mouth. (Either which was a huge mess to clean up after).

{Ok…in short my studio window faces a very sunny zinc roof and I have no blinds, so unless suntanning eyeballs and getting cataracts was the latest fashion trend…}

Finally settled into what was a very chaotic move where there was NO INTERNET but now I’m all happy settled and thought my minions should know. 🙂 (pretty pics in a bit!) All this and I had a writing deadline for another music project that I can yet mention. ( No it’s not my album…)

so some miscellaneous updates at which I shall be as brief as possible:

Getting there. Still a secret. Don’t curse at spidey. She’s done with her writing….it’s the other non writey album bits that take time…
Same goes for gigs as well, no shows until the new tunes wail their way into existence.

– some projects of interestingness in the world of Sci-fi/ Fantasy which can hopefully be announced maybe…I’m still keeping fingers crossed for this one.

– sketching idea bits for a 3rd album – because this is what you do when you’ve done your writey bits for the second album and you are basically waiting for everything else to catch up. 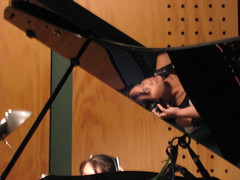 – Back to regular blogging. Aiming for (in the midst of still recording and video clip logistics) one blog post a week. Yes, your royal madness will be disciplined and write on her alter once a week from here on end. To show that I mean it, I’ll be telling u about my next post everytime I post one :). There. Let’s see how long we can keep this up this time …

– Before the return to blogging I decided that the first order of business was to clean out how my wordpress was broadcasting (ie crossposting) entries to the ever growing number of social networking sites that is growing way way faster than mutant hydras of mayhem. — The fact that I am also on, possibly, a dozen other networks other than myspace and facebook is making things generally unfunny now.

So for the benefit of those who face this problem, or similar, consider the next post a is public service one – albeit wordpress centric – because wordpress has all my base. I spent a precious week researching plugins and testing what works and then another week getting it all running, I decided that noone else should have to go through this again.

Coming shortly… Everyone is everywhere – How to shave time off crossposting blogs and status on the internets…because this is becoming a more urgent issue than shaving personal ape hair.